Support for the Arduino Mega 2560 board.

The Arduino Mega2560 is one of the larger Arduino boards. It is based on Atmel's AVR architecture and sports an ATmega2560 MCU. It is like many Arduinos extensible by using shields.

NOTE: In case you are wondering if flashing RIOT on your Arduino Mega2560 will overwrite the Arduino bootloader: you can be reassured. After flashing RIOT you can without any intermediate steps just go over to flashing Arduino sketches again. 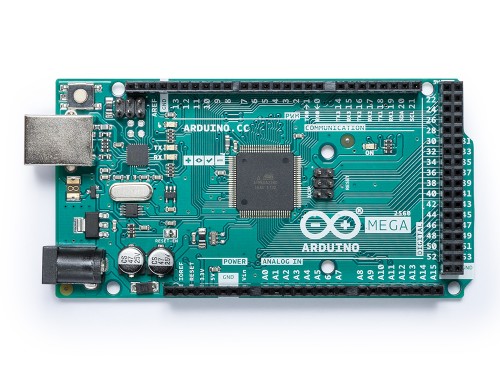 This should take care of everything!

The ATmega2560 MCU supports JTAG debugging. To use the JTAG debugging on the Arduino Mega 2560 an external JTAG debugger is required. There are several options for this MCU/board: Atmel-ICE (Note: A version of the Atmel-ICE without case (just the naked but fully assembled PCB) is currently the most affordable option. AVR Dragon (Note: This debugger is out of production.) AVR JTAGICE mkII JTAGICE3

There may be other options as well, but I can't comment on how well they work. I tested debugging RIOT on the Arduino Mega 2560 using an AVR Dragon.

Important:** To use a JTAG Debugger in conjunction with the ATmega2560 it is required to change the fuses of the MCU. Additionally it seems to be required to overwrite the bootloader on the MCU. Because of that it is a necessity to use an ISP (in system programmer) to do the debugging. This isn't an issue because all of the afore mentioned devices have ISP capabilities, but it requires some additional steps to get back normal operation after debugging: flash a new arduino bootloader on the device, e.g. this one restore the fuses to the default state.

Wiring for the AVR Dragon

In contrast to normal use (USB only), for debugging there are two separate wiring changes to do: connecting the ISP headers connecting the JTAG header to the respective pins on the Arduino

Ax refers to the analog in pins on the Arduino Mega 2560. JTAG2 and JTAG10 on the AVR Dragon are both GND, one connection suffices. All other JTAG Pins are not needed for debugging the Arduino Mega2560

Additional information can be found here.

A useful tool to calculate fuse settings yourself is this fuse calculator, which also works with other AVR MCUs.

Debugging RIOT on the Arduino Mega 2560

make BOARD=arduino-mega2560 debug-server: starts an avarice (avarice needs to be installed) server that avr-gdb can connect to.

make BOARD=arduino-mega2560 debug: starts an avarice server and connects avr-gdb to it.

Note:** To flash the board via the ISP while debugging the additional flag PROGRAMMER=dragon_isp is required. For a full rebuild and debug cycle use the following command:

Mac users can flash this Arduino board by installing avr-gcc and avrdude from brew. Debug is possible but is not covered in this wiki, if you need it, please refer to this page.

You should have installed brew to follow this instructions. Otherwise, install it.

Then, add a repository:

With this you should be allowed to compile and to flash code to the Arduino Mega.

In OSX El Capitan, there is no native driver working for the serial connection.

In order to install it, you must download and install a CDC-ACM driver from here (Go to Support and Downloads/Software & Driver/Mac Software).

A reboot should be enough to find your Arduino on /dev/tty.usbmodem*